Getting Ready To Be Bailed Out

Most people aren't offered the opportunity to do much planning if they are arrested. However, some people may know about the arrest if there is a warrant for their arrest or if they are being asked to come down to the station. You can prepare ahead and get things lined up beforehand when it comes to your bail and more. Read on and learn more.

Get Your Affairs in Order

You might have heard this phrase used in various situations. Here, it means you never know how long you could be held so make arrangements now. Consider, for example, who will care for your children or your pets if you are held for several days. If you need to pay an important bill, do so now. Let others know about your arrest so that someone can help you with your bail.

You might be offered bail if you do end up being arrested but that is not a guarantee. Those charged with serious crimes may not get bail. Bail is bound to be expensive. Bail can cost thousands of dollars in some cases. Bail bonds, however, are affordable and a fantastic way to be released from jail without spending everything you have on bail.

Speak with a Bail Bond Agent

Even though you cannot purchase a bail bond ahead of time, you can speak to an agent over the phone and find out about the procedure. Bail bond agencies are often located near a jail, and you will find them easy to work with. Once you know the amount of your bail, your friend can phone the bail bond agency and find out how much the cost will be. Bail bonds are generally a small percentage of the full bail amount.

What to Do Next

Speak to a criminal defense lawyer about your upcoming arrest. If you are denied bail, the lawyer can speak on your behalf about your willingness to appear for later court dates. Once you know the details of your bail, phone a friend and have them visit the bail bond location. Most accept several forms of payment, and you can find that out ahead of time.

How Long Will You Be in Jail?

As soon as your friend arranges for bail, the bail agent will contact the jail and get the process started. From then on, it's up to the jail to release you. Often, it's a matter of hours before you are out of jail. Be sure you go to the bail agency after you are released to sign the paperwork and discuss the bail rules with the agent. 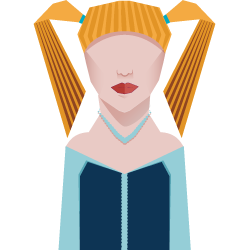